When an internal arcing fault occurs in equipment the consequences can be catastrophic. The destructive air pressure waves that are created by the millisecond thermal expansion of air with the consequential expulsion of toxic fumes and hot oil and fire risk can put personnel and the surrounding equipment in the vicinity of the arc fault energy at risk (see example below). 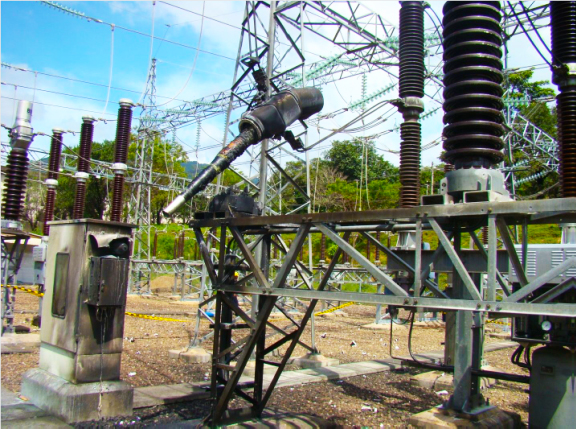 A 132 kV Oil-Filled CT Explosive Failure(1)
(This event ejected porcelain shrapnel approximately 80 m to the end of the switchyard and injured 3 workers nearby with burning splashes of oil)
(1) Ceylon Electricity Board, “Preliminary Report on Accident at Rantambe – 132 kV Switchyard – 21st February 2011”

Although initially developed to improve the arc-resistant capability of metal-clad switchgear the requirement to withstand an internal arcing fault was introduced as a Special Test (not mandatory) for instrument transformers in the IEC and CSA standards in 2007 and in the IEEE standard in 2008. Two internal arc protection classes were specified:

On June 14, 2018 an internal arc fault test was conducted on a 230 kV HV DryShield® type LRGBJ current transformer at the XI’AN HIGH VOLTAGE APPARATUS RESEARCH INSTITUTE (XIHARI) in Xi’an, China. The test plan called for the current transformer to be tested at its maximum designed short circuit rating of 63 kArms to see if it could be qualified for Internal Arc Fault Protection Class II. The test was performed in accordance with Clause 12.2.2 of IEEE C57.13.5 with CAN/CSA C61869-1:14 modifications. The following fault current test level was specified in the test plan:

It should be noted that this is a very severe test requirement. Internal arc fault tests are typically done at a lower short circuit current as the probability of a full short circuit fault is statistically very low. Also in the case of IEC even a lower asymmetrical peak current (1.7 times the r.m.s. current) is specified. 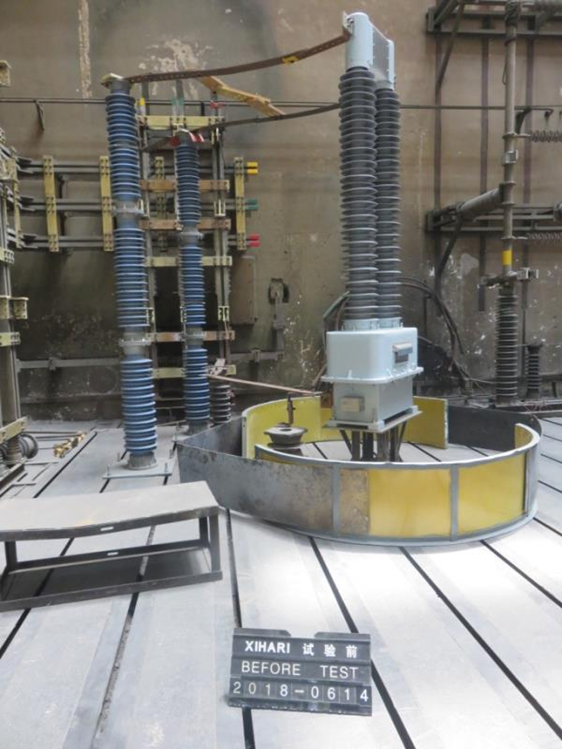 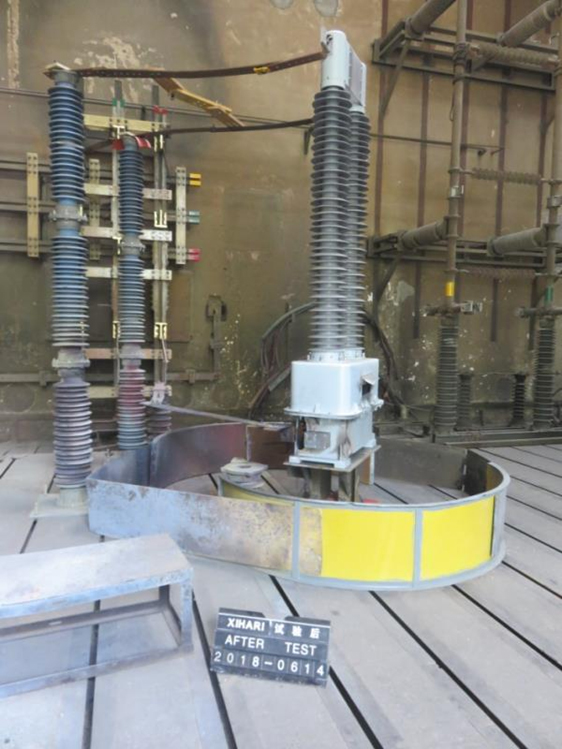 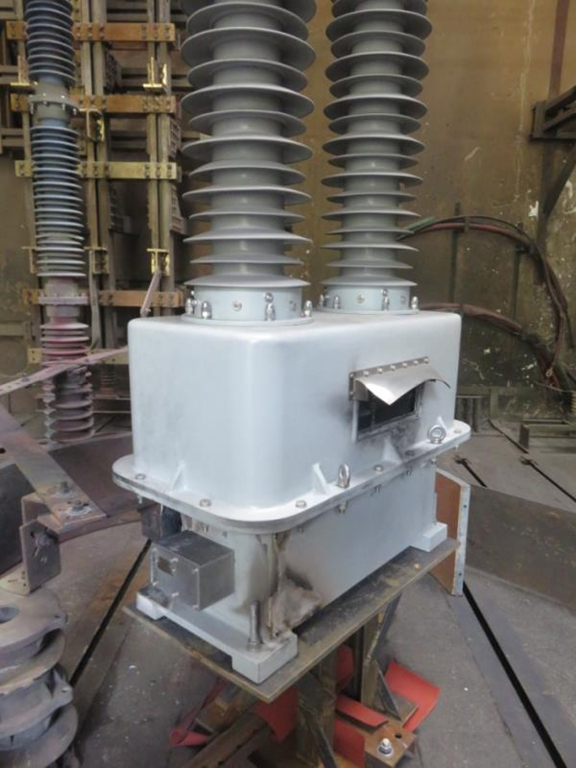 Burst Rupture Plate after test
(Top Half Opened and Stayed in Placed; Bottom Half Opened But was Ejected) 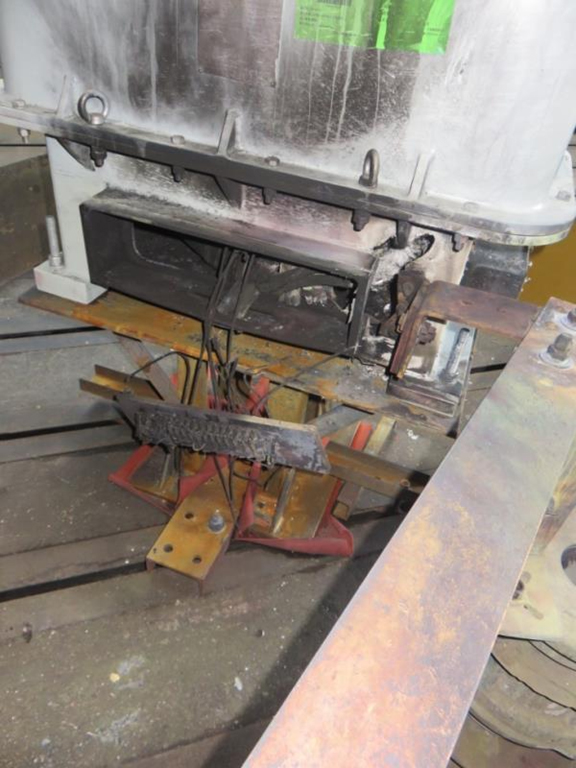 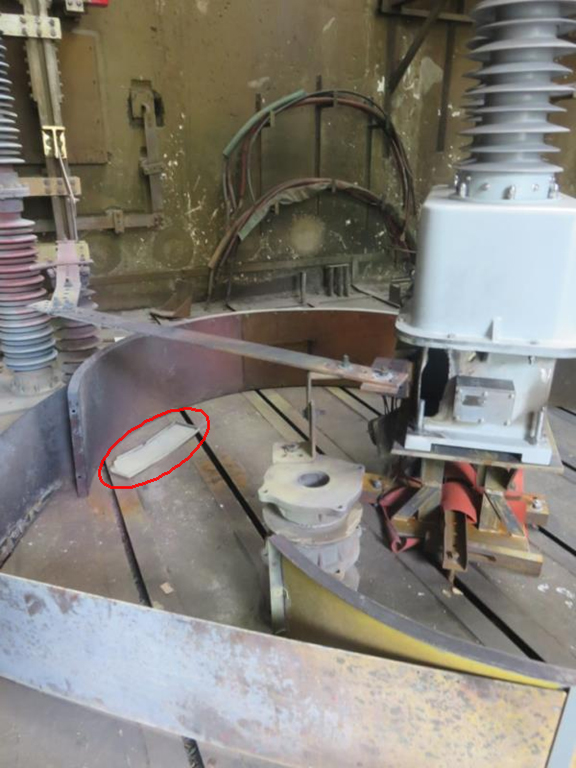 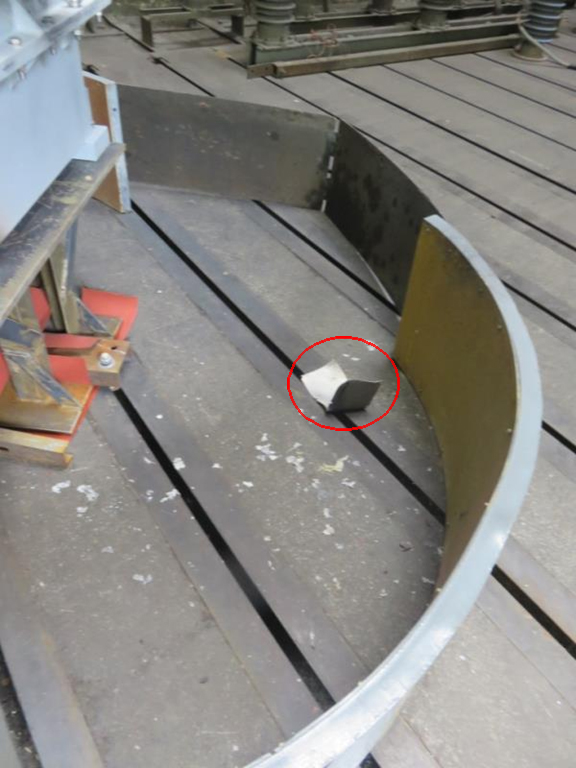 Ejected Bottom Half of Rupture Plate

The test results showed that the HV DryShield® current transformer meets the definition given for a Class II design (see above) with the exception of only two light cover plates being ejected from the unit and therefore technically qualifying the test as Class I.

Simple design modifications are introduced that will easily secure those plates for such settings and qualify the HV DryShield® CT for Internal Arc Fault Protection Class II – at 63 kArms level.